The Brotherhood of Temple Chayai Shalom is dedicated to pursuing social activities, fundraising opportunities and social action within our community which serve to improve our relationship with each other while we support the growth and sustenance of our congregation.

If you’re an adult male member of Temple Chayai Shalom, and you’re not yet a member of the Brotherhood, we hope you’ll consider joining us for these and other great events and programs in the future! Please don’t hesitate to reach out to us with any questions.

The 2017/2018 year for the Temple Chayai Shalom Brotherhood was tremendously successful. As our Mission Statement says “The Brotherhood of Temple Chayai Shalom is dedicated to pursuing social activities, fundraising opportunities and social action within our community which serve to improve our relationship with each other while we support the growth and sustenance of our congregation.”

Starting with our annual Fantasy Football draft in September the Brotherhood social and community events commenced. This was followed by our membership Paid-Up Event in October at Shino in Easton. We enjoyed some great Japanese food and even better company.

As we do every year, the guys got together and raised the Sukkah where many events are held including a night of S’mores in the Sukkah (below) for the kids that we organized. Also in the Sukkah was our very popular, second annual Suds in the Sukkah event. During this brotherhood only event under the Sukkah at TCS, we gathered for wings, chips and a beer tasting. The beer spanned from the milder ales to hoppy IPAs and then to strong, smooth bocks. 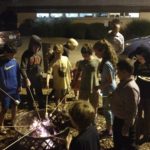 A Pizza Tasting was held in November. Local bar-style pizzas from some favorite places such as Buddy’s Union Villa, Ultimate Pizza, Cape Cod Pizza, Pizza Thyme, Alberto’s and Piezoni’s were sampled and rated. Town Spa won the taste test getting the most votes.

Our crew gathered for a December Pats Game at Jake and Joe’s. The gang enjoyed appetizers and beer at their covered patio. With plenty of TVs to follow all the games, the Pats handily beat the Bills.

Once again in January, the Brotherhood sponsored one of the most popular congregational social events, the 10th annual Team Trivia Night, featuring a delicious Italian meal and a knowledge competition in subjects such as pop culture, sports, history as well as arts and entertainment.

Every year the Brotherhood sets up and runs a Purim Carnival for the younger children of the synagogue, but unfortunately due to the storm damage and power outages, this was cancelled. We did however setup the games for the last day of SULAM, where our Sunday School kids were able to enjoy some fun before saying good bye to their teachers for the summer. 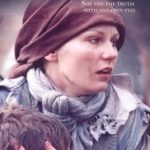 The Brotherhood presented the movie “The Devil’s Arithmetic.” in April for Yom Hashoah, Holocaust Remembrance Day. Attendees noshed on light brunch, watched the movie and had a discussion of the themes and significance.

Our annual Sol Krumins Scholarship went to Tali Cohen. This terrific, civic minded graduating high school senior and member of our congregation was awarded a $500 scholarship.

During the summer we organized a special block of tickets for Jewish Heritage Night at Fenway Park where folks were able to enjoy a Jewish Choir singing the National Anthem, Jewish Heritage pre-game Ceremony, Guest appearance from the Mensch on a Bench and each ticketed participant received a limited-edition Mensch on a Bench Red Sox Bobblehead. We also attended a Pawtucket Red Sox Game as a group.

On a deeply sad note, we lost long time Brotherhood member and many time Brotherhood President Mark Flicop. Words cannot express how sad we are and how much we will miss him. “When a righteous man is born, it is a boon to the world; when one dies it is a bane.” – Talmud, Sanhedrin. These words have a special meaning to all of us who knew Mark.

In addition to the college scholarship award previously noted, the Brotherhood made a $250 contribution to the temple’s Levenson-Krumins Fund. This fund helps subsidize the cost of Jewish teen leadership programs. The Brotherhood also provided gifts to B’Nai Mitzvah students and young adults upon their confirmation, and donated our services for a cash wash at the TCS auction. Among the additional social events are a semi-monthly Poker Game and Fantasy Baseball League.

On a beautiful Sunday in August we concluded our Brotherhood year with Lawn Games and BBQ which was a tremendous success. After grilling burgers and dogs, a Bean Bag Toss (also known as Cornhole to some) Tournament was arranged. This year, Marty Weiner and Randy Yarlas took home the title as champions. 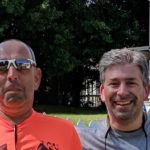 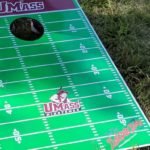 If you’re an adult male member of Temple Chayai Shalom, and you’re not yet a member of the Brotherhood, why not? We hope you’ll consider joining us for these and other great events and programs in the future! Please don’t hesitate to reach out to us with any questions. tcseastonbrotherhood@gmail.com